It was but early 2019 when POUNDER dropped their proud 'n' powerful debut album, Uncivilized. Sure, the band had a debut single and demo in 2017, early on in their career, which were teasingly trumped by the Faster Than Fire 7" from SHADOW KINGDOM during the summer of 2018, but Uncivilized truly put the band on the international metal map and made ears stand to attention. Despite their collective pedigree, POUNDER's stock-in-trade showed itself as a seemingly effortless, unselfconscious conglomeration of classic metal styles - from a firm foundation of NWOBHM on to hints of early '80s speed metal, Sunset Strip flash, and AOR accessibility. No one song on Uncivilized was exactly like the other, and yet they all sounded like the same band, and awesomely so. So many anthems, so many metal moments the power-trio sent out into the world for 'heads the world over to commit to memory and mark their lives: simply put, POUNDER made it look easy, and FUN.

Wasting no time keeping that envious momentum going, POUNDER return just over a year later with all guns blazing on Breaking the World. Leaner, meaner, and all-too-accurately titled, Breaking the World sees the band - vocalist/guitarist Matt Harvey, bassist Alejandro Corredor, and lead guitarist Tom Draper - getting both heavier and more anthemic, more American in their metal but also more wide-ranging in their reach. Comprising seven songs in a satisfyingly compact 37 minutes, Breaking the World keeps the energy flowing freely across these more concertedly epic songs, but not once is there a feeling of bloat or padding out lengths just for the hell of it; these songs charge, HARD, and are painted with solos of a godly nature and all sorts of tasteful twists. Similarly, the hooks literally HOOK you in - we dare you to get the likes of "Never Forever" or the Manowarring title track outta your head...won't happen, no way!

Above all, just like Uncivilized before it, Breaking the World reaffirms what's so invigorating and life-affirming about the art of HEAVY METAL. "We won't live forever / we just get one chance / so let's do it right," Harvey sagely sings in the album's opening moments. And in this state of the world right now, more than ever do we need POUNDER to break it and build it back up again. "Give Me Rock"? You shall have it! 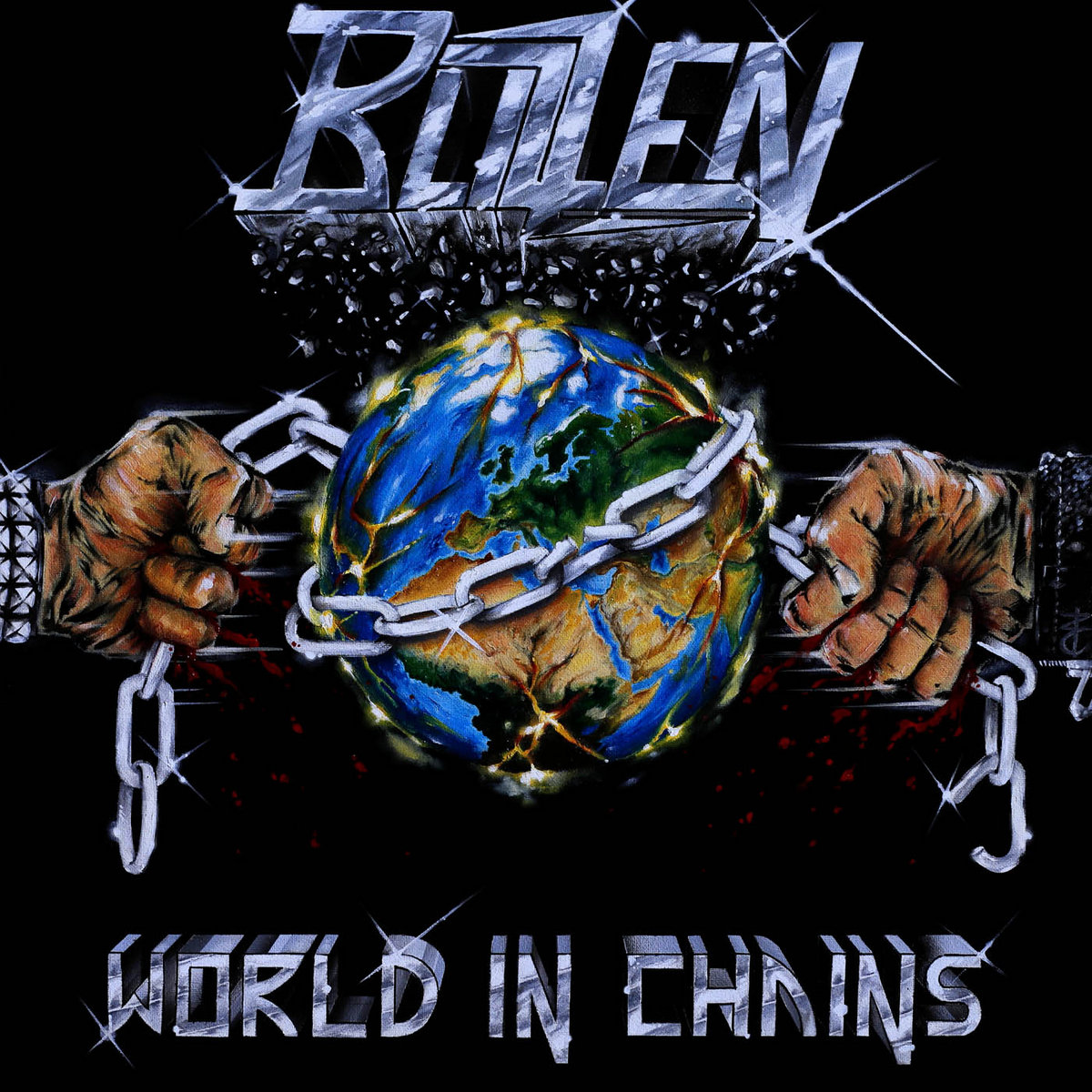