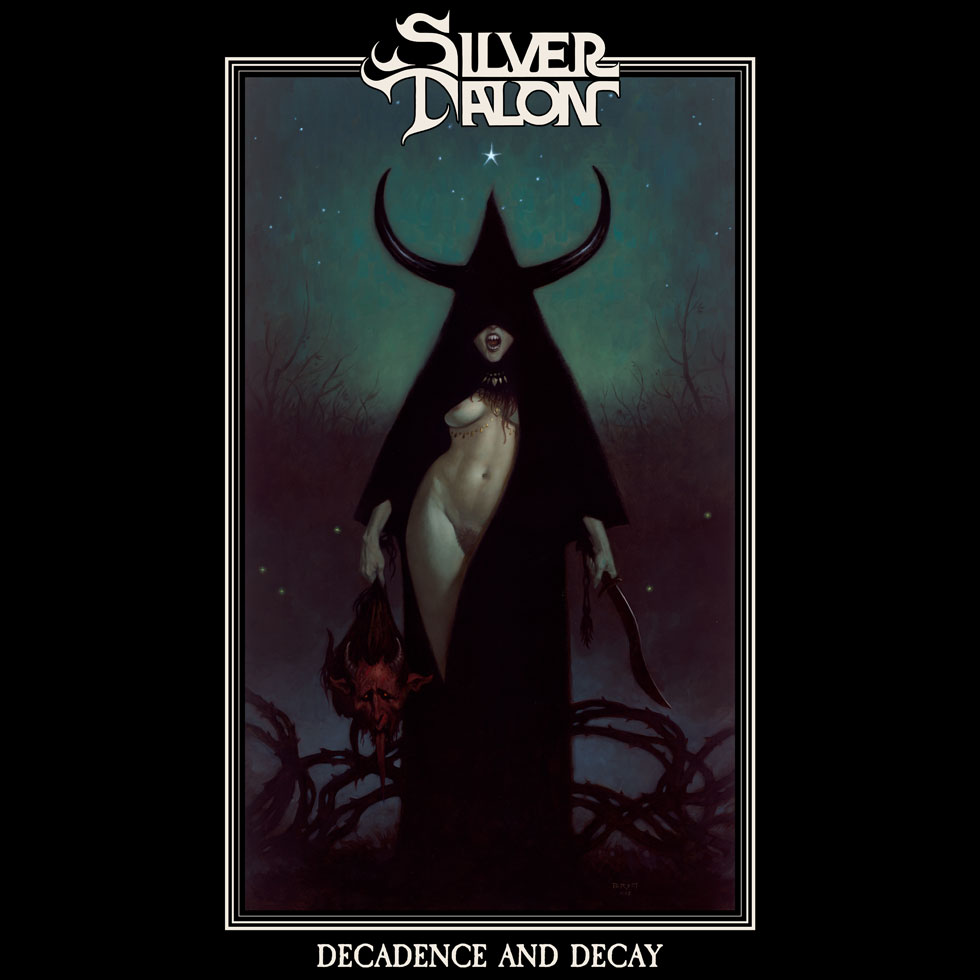 
With a virtuosic triple-guitar attack, a rumbling rhythm section and powerful vocals, SILVER TALON was birthed in 2017 after rising from the ashes of the acclaimed Pacific Northwest metal group Spellcaster.

SILVER TALON subsequently built on this foundation with the release of their self-released debut EP “Becoming A Demon”.

The release was praised by Dead Rhetoric as “a solid salvo for those who love mid-’80s U.S.-style power/heavy metal with occasional nods to Teutonic finesse” and “metal that has plenty of heaviness while being musically sharp, sophisticated and awe- inspiring.”

The group would further their reputation as masters of triumphant heavy metal with live performances alongside acts such as Exmortus, Unleash The Archers, Striker, The Absence, Powerglove and Hatchet, as well as a nationwide tour at the end of 2019 supporting Savage Master.

VanHoosen’s guitar prowess is also displayed through his YouTube channel at https://www.youtube.com/BryceVanHoosen, which is updated regularly with play-through videos, guitar covers and product reviews.

Wyatt Howell – Vocals
Bryce R. VanHoosen – Guitar
Sebastian Silva – Guitar
Devon Miller – Guitar
Walter Hartzell – Bass
Michael Thompson – Drums
They shall grow not old, as we that are left grow old: Age shall not weary them, nor the years condemn. At the going down of the sun and in the morning, We will remember them.
Κορυφή

καλά, εννοείται στηρίζουμε από την αρχή
We scribe in the dark of the night our Black Steele
The evil rite of the black and the light We now reveal to you
Κορυφή