A year after the release of their brilliant "Dulce Bellum Inexpertis" EP, Philadelphia’s BLAZON RITE returns with their first full-length, "Endless Halls of Golden Totem", a triumph of true metal power!

The global pandemic-related obstacles facing BLAZON RITE were not uncommon: They went months without rehearsal, let alone playing a show, and had difficulty in finding a proper studio to record their first full-length album. Undeterred, the band waited patiently until restrictions were eased to practice, jammed furiously to get up to speed, then decided to go the DIY route to record the album by themselves. A situation marred by inconvenience and isolation instead bore an album of unflinching metal glory, "Endless Halls of Golden Totem".

Striking quickly after the release of their debut four-song 2020 "Dulce Bellum Inexpertis" EP, the members of BLAZON RITE (comprised of founding member/primary songwriter/guitarist James Kirn, vocalist Johnny Halladay, bassist Pierson Roe and drummer Ryan Haley) worked off a series of compositions Kirn wrote before EP was tracked. Whereas the EP had a cohesive batch of songs tied to a concept, the cuts on "Endless Halls of Golden Totem" utilize a variety of tempos, structures, textures and hooks.

The album’s eight songs carefully draw from proto-metal motifs to strident, galloping power metal, all wrapped around a bevy of expertly-crafted guitar melodies and Halladay’s convincing vocal delivery. Unlike Dulce Bellum Inexpertis, "Endless Halls of Golden Totem is not a concept album". This time, BLAZON RITE tackled fantasy-based themes, namely lost and hidden worlds, betrayal, the inner turmoil and lives of different characters, battle, magic and sorcery and, perhaps most significantly, making love the night before going off to war.

"Endless Halls of Golden Totem" was tracked in Kirn’s basement. While that may immediately suggest the album boasts a raw production, BLAZON RITE, on the contrary, produced a more measured and polished album than their debut EP. Kirn’s basement is finished, allowing it to be properly equipped with engineer Richie Rabid’s recording equipment and microphones. The band also outfitted Kirn’s small bathroom with rugs and soundproofing gear, further enhancing the sound. BLAZON RITE recorded on weekends and tracked all instruments separately, taking them a month-and-a-half to complete the process. The mixing and mastering were then handled by Will Mellor of Red Water Recording, who, according to Kirn, “took the album to the next level.”.

Kirn formed BLAZON RITE in 2019 with little expectations - he simply wanted to release the "Dulce Bellum Inexpertis" EP and see what kind of reaction it generated. After shopping the EP, Gates of Hell Records signed the band for its proper release. Now, a year after the fact, BLAZON RITE stands firmly with a new batch of unique, challenging and epic songs at their disposal - something not even a once-in-a-generation pandemic could stop. 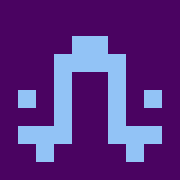