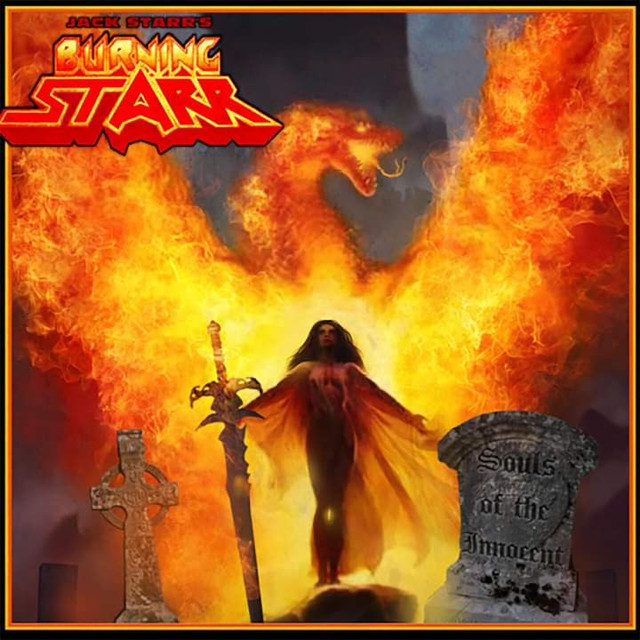 200 early pre-order copies are shipping immediately for those who would like first listen to this great new metal masterpiece:

Jack has the following to say about the new album:
When Virgin Steele put out its first album in 1982 we were asked by the record company to say a few words about it and why people should buy it ... I remember all of us discussing the various influences we had and what the songs were about, I recall one member saying people should buy the album because it has some great songs that were very heavy and had cool riffs, I recall someone else in the band saying the vocals were killer and the drums were like thunder and that metal fans would like it, Someone else said the guitar playing is really great. But what I remember most is when the bass player uttered these simple words "Buy It...It's Good".

Now its forty years later and that sentence makes even more sense. The new album by Burning Starr "Souls of the Innocent", the band Jack Starr founded in 1984 is on its tenth album... Yes they have gotten better ...Yes they have thunderous drums provided by Rhino (former drummer of Manowar) and yes they have killer vocals that some would describe as "pillar crumbling" provided by Alexx Panza, and yes again they have massive and agile playing by long time Burning Starr bassist Ned Meloni ...last but not least some great guitar playing by ex-Virgin Steele guitarist Jack Starr.
But after all the hype and catch phrases fade away, the bottom line still remains... and the words still ring true... "Buy it...It's Good"

"Souls Of The Innocent"

δεν τρελάθηκα, καλό
We scribe in the dark of the night our Black Steele
The evil rite of the black and the light We now reveal to you
Κορυφή