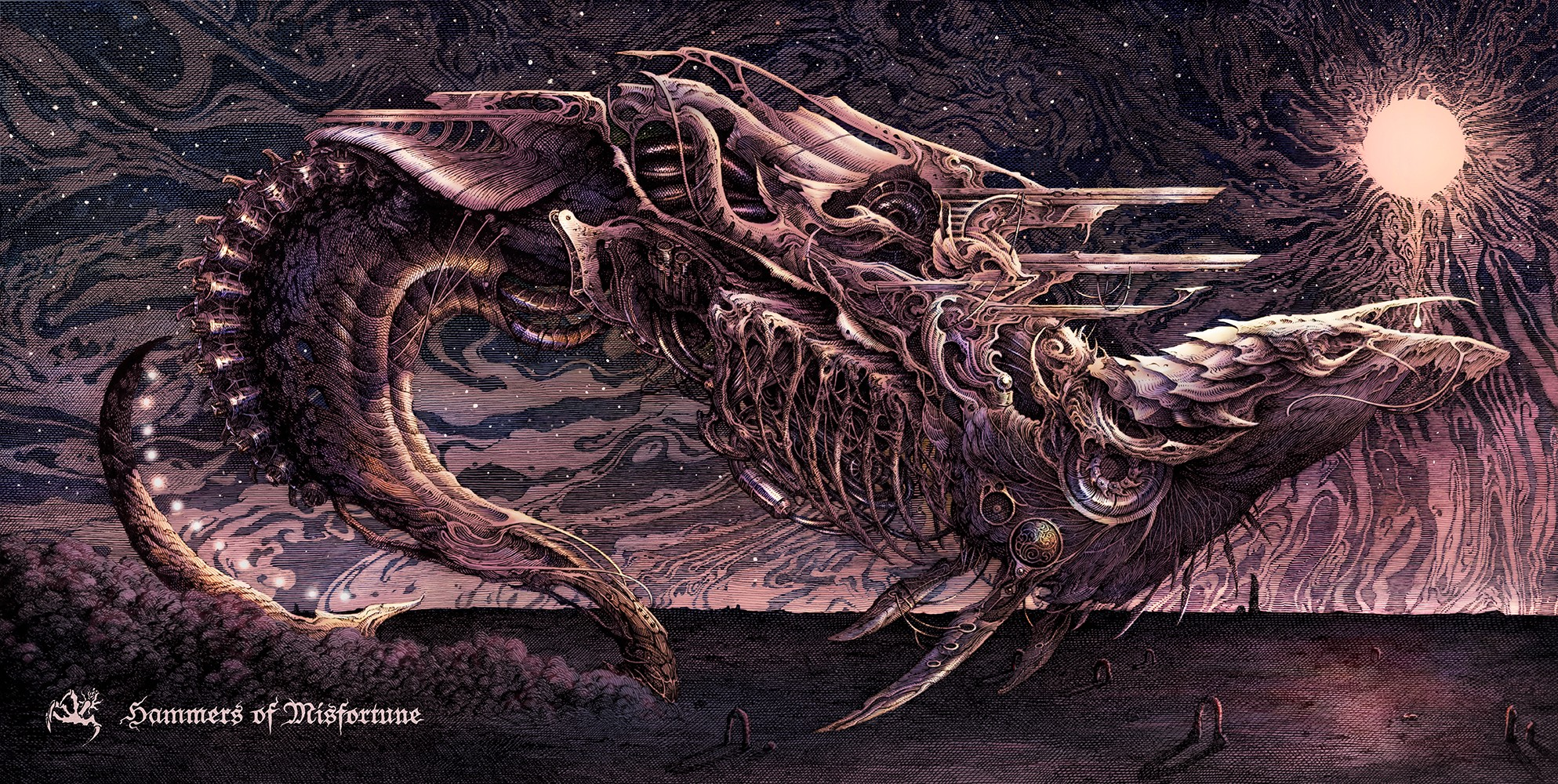 "Overtaker" will be self-released. Cobbett initially approached labels, but with the pandemic further destabilizing the traditional release model, decided to do everything in-house. This change accompanies HAMMERS’ transition from a Bay Area band to a musical collective that collaborates from afar - a model Cobbett says will create all HAMMERS material in the future.
Κορυφή

The band’s first album in six years, founding member, guitarist and songwriter John Cobbett cites a change in direction in style he notes as “psychedlic thrash.”

The album features a revamped HAMMERS lineup that includes the return of Jamie Myers (vocalist and bassist in “The Locust Years” lineup) and Mike Scalzi (Slough Feg) plus the former rhythm section of VEKTOR, Blake Anderson and Frank Chin. Cobbett started work on “Overtaker” as early as 2018. Initially, Overtaker wasn’t supposed to be a HAMMERS album but a thrash side-project and was influenced by Cobbett and partner Sigrid Sheie’s work on VHÖL’s “Deeper Than Sky” (2015).

“When my family moved to Montana in 2016, my inclination was to continue expanding on this sound,” Cobbett said. “Initially, there was no intention of putting it out as HAMMERS or VHÖL. Everyone was so busy, and we were suddenly far away from our usual co-conspirators. But that changed as the album developed and old friends returned to the fold. ‘Overtaker’ is fast, furious, psychedelic and progressive. But it’s different from other progressive metal in true Hammers fashion.”

Like all the Hammers material that preceded it, Overtaker defies genres and labels. The sound is a combination of ’70s prog and furious ’80s thrash. The result is something that’s never been done before — a mix of King Crimson’s “In The Court Of The Crimson King” and Slayer’s “Reign In Blood”. “Overtaker” was put together during the height of the Covid-19 pandemic and survived Anderson’s serious wrist injury in a scooter accident, which led to a year-plus recovery.

Originally scheduled as an independent release on CD format this December, Corbett is excited to be working with his old friends at Cruz Del Sur Music on the “Overtaker” vinyl edition.

“We are happy to announce that ‘Overtaker’ will be getting a vinyl release on Cruz Del Sur Music!” he enthuses. “The record and the cover art were designed specifically to be released in this format, so this is fantastic news! Cruz Del Sur Music did an amazing job with the vinyl pressing of ‘The Bastard’ back in 2021, so this promises to be a beautiful release. Thanks to everyone for their support!”