The reissue contains the 2001 mix, a complete new 2019 remix, the UFO cover "Lights Out", special live tracks, and a very rare studio outtake. Extensive liner notes and rare pictures will also be included.

David Wayne formed Reverend after he left Metal Church in 1988. Wayne passed away on May 10, 2005, from complications following a car crash. 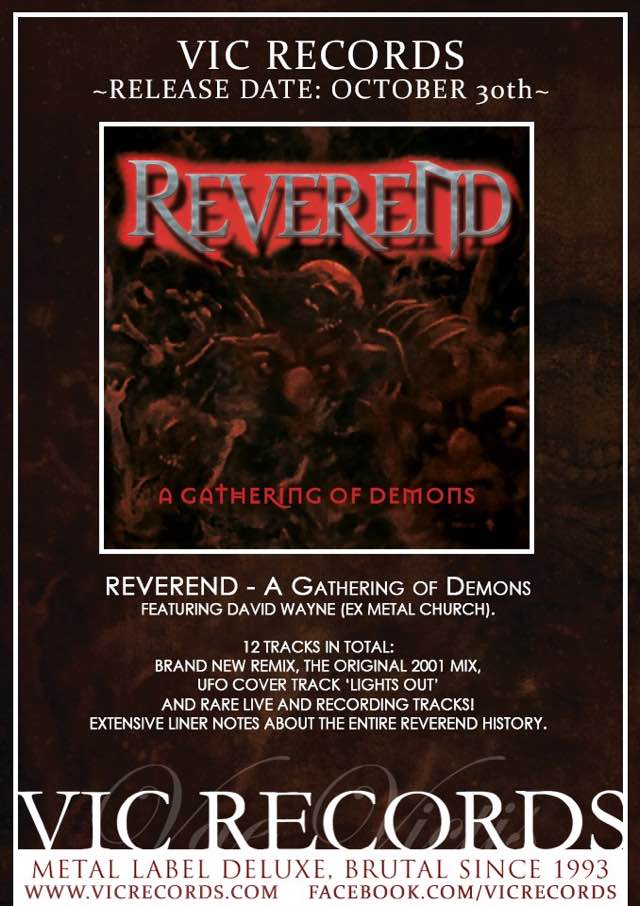 http://bravewords.com/news/rare-reveren ... s-revealed
They shall grow not old, as we that are left grow old: Age shall not weary them, nor the years condemn. At the going down of the sun and in the morning, We will remember them.
Κορυφή
Απάντηση
1 δημοσίευση • Σελίδα 1 από 1