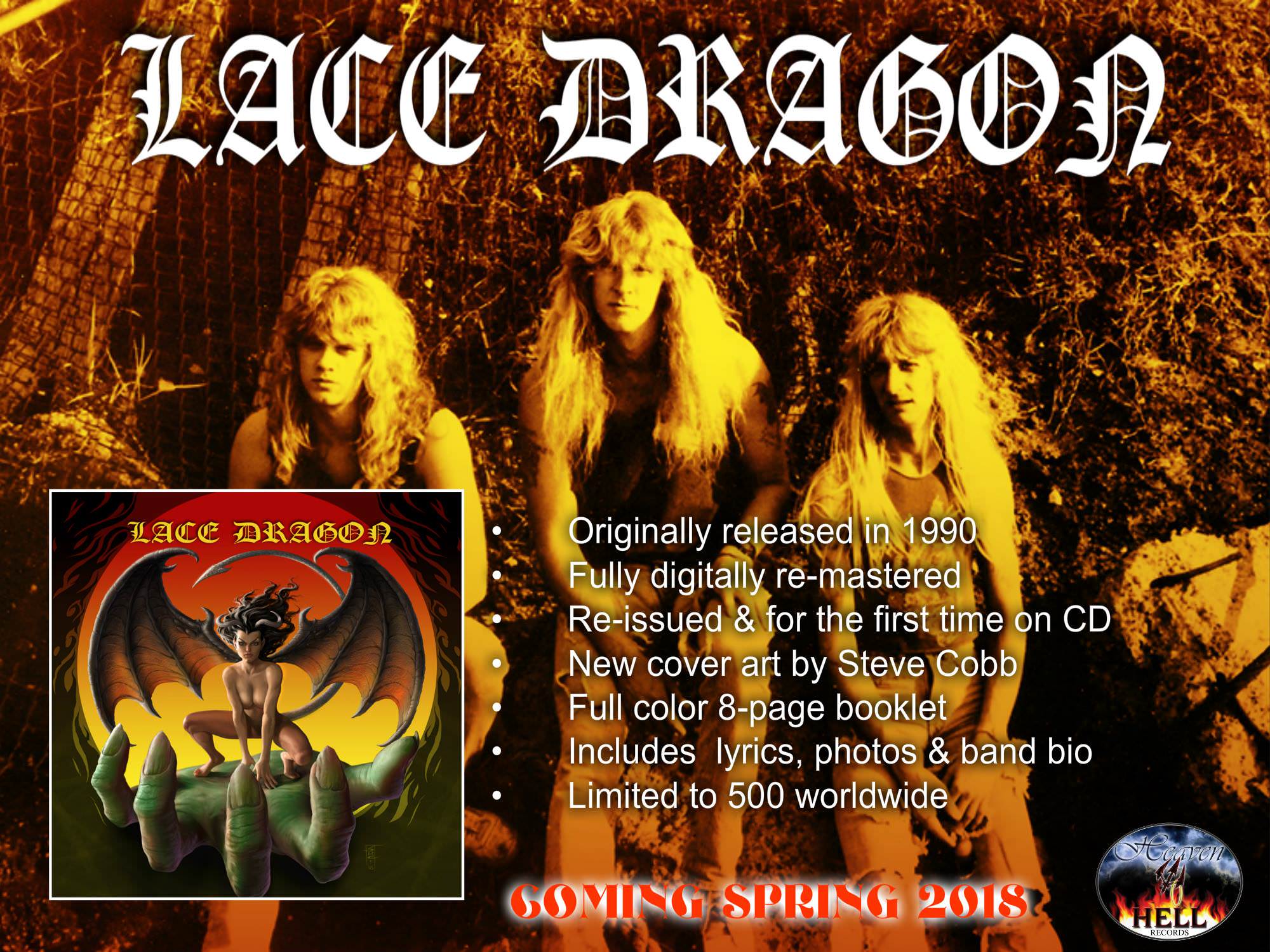 Heaven and Hell Records once again digs deep into the American heavy metal underground and pulls up from the depths yet another lost obscurity.

LACE DRAGON was formed during the summer of 1983 in Pasadena, Texas by guitar player Russ Robison, bass player Kevin Penhaker, and drummer Van Eric Turner. The band performed in and around the Houston area for more than a decade developing a large following within the local club scene.

In 1989 LACE DRAGON released a 3-song demo that quickly started making waves. The following year they would self-release their self-titled debut full0legnth. The effort delivered would be 8-tracks of traditional speed metal fury.

This Spring H&H Records will be re-issuing the LACE DRAGON debut fully re-mastered and for the first time ever on CD. All tracks have been re-mastered by Jamie King at The Basement Studios NC. The cover features stunning new artwork by Steve Cobb. Packaged in a multi-page booklet with complete lyrics, never before seen photos and band history bio- all you have come to expect from Heaven and Hell Records. The release wull be limited to 500 copies worldwide.

διάβασα μέχρι τη λέξη Texas, δεν χρειάστηκε παραπάνω
We scribe in the dark of the night our Black Steele
The evil rite of the black and the light We now reveal to you
Κορυφή