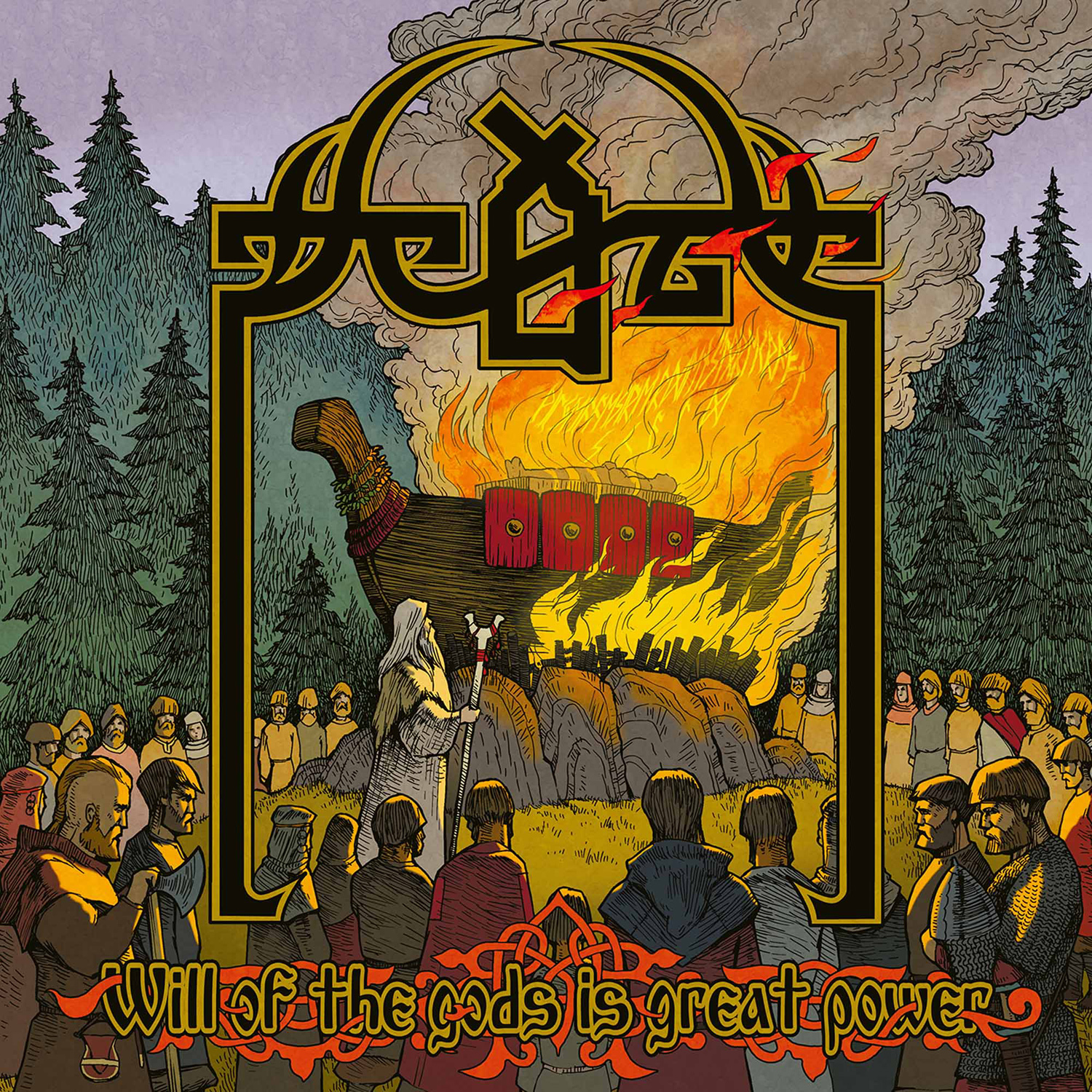 
»Will Of The Gods Is Great Power« by SCALD from Yarsoslavl in Russia has over the decades become a true doom metal cult classic. The album was originally released in October 1997 on cassette only. At this point in time their charismatic singer Agyl was already dead, and the band as such didn’t exist anymore. Now, some 24 years later, High Roller Records is proud to present the ultimate edition of »Will Of The Gods Is Great Power«.

The overall sound of »Will Of The Gods Is Great Power« is pretty rough, which adds a special charm to the record. Would it have had the same impact with a huge, warm production like prime-time Candlemass or more currently Sorcerer? “This is a difficult question,” reflects SCALD’s bassist Velingor. “Back when we were recording it, we obviously wanted to achieve the best possible sound quality. But for all of us it was the first time working in a professional studio. So the result was what you call a ‘rough sound’, and now, after so many years, we realize this is a part of what made the album so special and atmospheric. Would it have achieved the same cult status with a Candlemass-like production? It’s hard to tell, maybe it would, but I think it would have had a different reaction from the public, probably losing most of its ‘out of this world’ atmosphere. In my opinion Scald’s music is much closer to Viking-era Bathory rather than classic Candlemass. And this rough sound suits »Will Of The Gods Is Great Power« more than the clear and ‘distinct’ sound of Candlemass… or Sorcerer… or Solitude Aeturnus for that matter.”

Regarding the lyrical concept of SCALD, was this influenced by Swedish bands like Heavy Load and Bathory (»Hammerheart« period) or did the inspiration also come from literature, film, theology/philosophy or historic writings?” There was some influence by Bathory for sure,” agrees Velingor. “We were often inspired by some mesmerizing phrases and words in their lyrics. As to Heavy Load, I’m afraid we hadn’t heard about them back then. The idea with Scald was to use both Slavic and Scandinavian themes, but we never really thought of trying to set some sort of proportion here. So in the end two songs from the album – ‘Sepulchral Bonfire’ and ‘A Tumulus’ – are inspired by Slavic paganism, and the rest is based on Scandinavian beliefs. It just happened naturally. For the re-issue of »Will Of The Gods Is Great Power« by High Roller Records we decided to use the lyrics of ‘Sepulchral Bonfire’ as a basis for the new cover artwork (created by the brilliant Andrey Andreev).”

The new edition of »Will Of The Gods Is Great Power« has been mastered for vinyl by Patrick W. Engel at his Temple of Disharmony. And the bonus tracks were re-mastered a few years ago by SCALD guitarist Harald at his home studio named “XIII”.