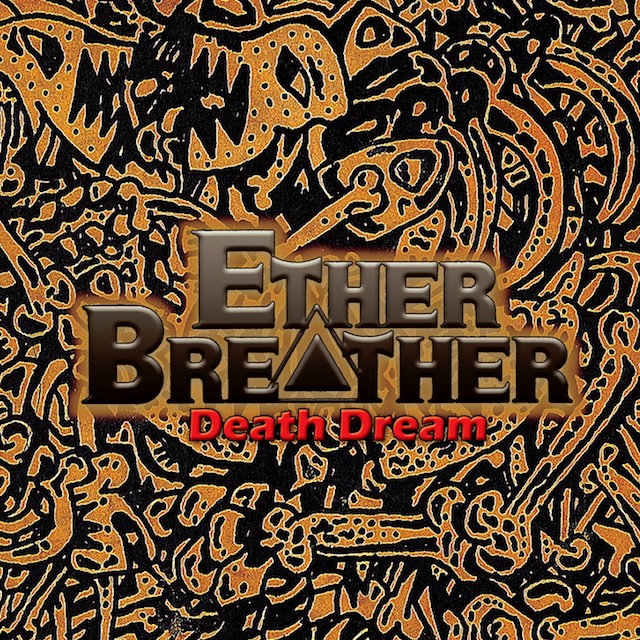 ARKEYN STEEL Records is here to presents: ETHER BREATHER from New Jersey, USA! When absolute power meets ultimate melody! This is Top class US Steel! One of Jersey’s best kept secrets is now revealed! The complete recordings of the band plus bonus material full digital remaster first time on CD.

The "Death Dream" demo from 1988 by ETHER BREATHER from Jersey City, New Jersey, US, was always on the list of the stuff that we wanted to see officially reissued. But when we finally managed to check out their second and practically unreleased demo from 1989 we insisted that "this reissue should happen now". One band and two greater than great demos, the second one completely unknown. It is time for some more New Jersey Steel to finally face the light of the day!

The band was founded by guitarist Joshua Ribakove and drummer Mark Mari, back in 1987. Pretty soon they managed to arrange and record three of Ribakove's originals, giving birth to the band's debut "Death Dream" demo that was released back in 1988 in 300 copies. An outstanding mixture of classic mid 80s Heavy, Power and Speed Metal, characterized by the remarkable voice of Lozlo Grimms, was the result.

Things moved really fast within one year, line-up changes, new members and an evolved musical direction which is actually captured on the band's second recording. Ether Breather's - Demo 1989 is in our opinion one of the top releases on the New Jersey Metal underground of the late 80s. A unique mixture of Heavy and Power Metal with many Doom and even some Prog elements, perfectly balanced within the songs. The amazing vocals of Mac (SNEAK ATTACK) and the double guitar heaven generated by Joshua Ribakove and Bruce Gatewood make the steel included on this particular recording to be surely remarked as "one of a kind". Only 50 copies were made on homemade TDK cassette tapes, no cover art or anything like that. The demo was actually lost until today.

For the bonus tracks of this particular reissue we dived even deeper on the New Jersey underground, focusing on the pre-ETHER BREATHER sessions (1985) and presenting recordings by two bands that featured Joshua Ribakove on guitars: COURSE OF THE SUN and INTENSIVE CARE -the band that first recorded the "War Torn" track which is featured on the "Death Dream" demo in its final form.

Joshua Ribakove himself wrote the liner notes, presenting an in depth biography of ETHER BREATHER, bringing to light completely unknown information (especially for the post 1989 period where the band continued to exist under different names and line ups until its final split in the spring of 1991).

Kostas Scandalis at Infinity Studios (Thessaloniki - Greece), remastered all the audio material from scratch, doing justice to the recordings. Kostas Athanasoglou arranged all the layout and artwork -based on the original concept by Phil Hoppen (RIP). Never before seen photos and song lyrics, complete the re-issue's packaging.

If you are in for a deeper study on the New Jersey underground or simply for some phenomenal Science Fiction Metal, then this one is for you. Enter the Death Dream! Watch out for the ETHER BREATHER!