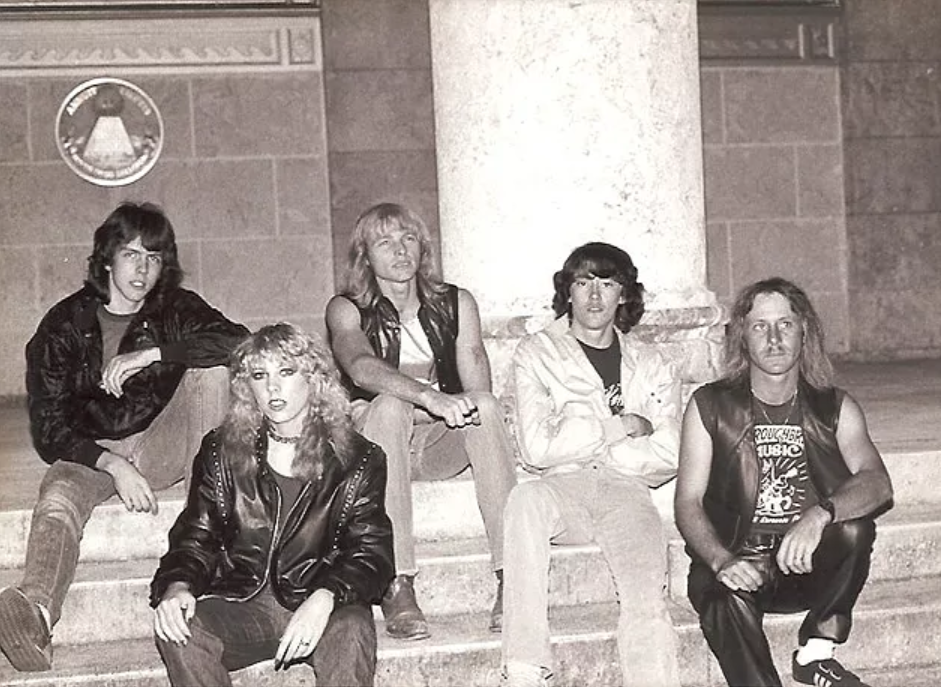 There is a unique type of heavy metal fan that is few, but they are some of the most dedicated of fans. They are those who have an overwhelming appreciation for the most obscure releases from small circuit bands. These releases often all DIY in recording, packaging, distribution, and promotion that would over time come to have a certain charm. And to those fans of circuit bands, the charm is all the appeal.

Here is one such band who released an album for such fans that Heaven and Hell Records will soon be reissuing and putting on CD for the very first time.

Little is known about the short lived STRYKER. The band was formed in Fort Meyers, Florida sometime in the early 1980s with members Steve Maitland (lead guitar), Larry Farmer (rhythm guitar), Jerry Young (bass), Lynn Baker (drums), and vocalist credited only as Sarah. They would manage to only release one self-released 8=song album in their short run.

Later this year STRYKER’s ‘Stryker’ album will be given the H&H Records treatment in a multi-page booklet complete with unseen photos, band history essay, complete lyrics and released in a limited 500 CD pressing.

https://www.facebook.com/heavenandhell. ... =3&theater
They shall grow not old, as we that are left grow old: Age shall not weary them, nor the years condemn. At the going down of the sun and in the morning, We will remember them.
Κορυφή
Απάντηση
1 δημοσίευση • Σελίδα 1 από 1