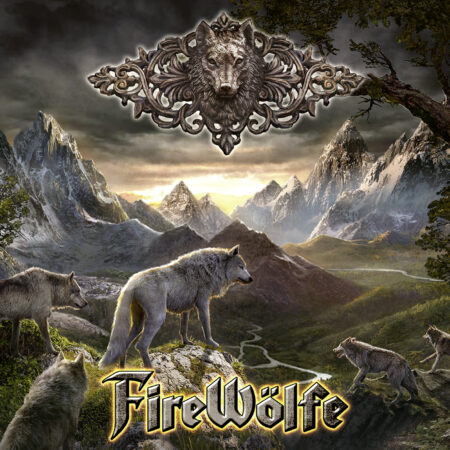 US Melodic Metallers FIREWÖLFE announce „reloaded“ reissue of their same titled debut album from 2011. The album has been remastered by Bart Gabriel, and its new cover artwork has been designed by Dusan Markovic (JAG PANZER, SORCERER). The reissue includes two exclusive CD only bonus tracks, recorded by the current FIREWÖLFE line-up and featuring guest vocalists Jonathan K. from Q5 and Bobby “Leatherlungs” Lucas from ATTACKER.

CD & Digital version will be available on July 1st, 2022 in Europe and on August 5th, 2022 in North America. FIREWÖLFE’s riff monsters, refined with pithy vocals and brilliant licks and leads, breathe powerful US Metal vibes that should appeal to friends of legends such as SAVATAGE or RIOT, as well as lovers of HEIR APPARENT or FIFTH ANGEL.

Guitarist and songwriter Nick Layton says:
“If I remember correctly UNHOLY was one of the last songs we wrote but we instantly knew we had something special with this song.
I was sitting with my guitar and experimenting with an open string idea in the key of G minor. I wanted to use the open G as a pedal to play a melody off of. That became the intro to the song and one of the song’s big hooks.
Dave’s lyrics tell the story of a love/hate relationship with a woman. It’s the old tale about someone we know know is bad for us but we can’t seem to break away from. I think the chorus is one of our all time best – melodic and heavy!
Paul Kleff and I had a blast trading guitar licks on the outro of the song. Overall UNHOLY is probably my favorite FireWölfe track. We’ve heard from many of our fans over the years and this ranks at the top of nearly everyone’s list.”
@CountRaven δεν ήθελα να το πω αλλά με αναγκάζεις, μια κλανιά του Adams και μια έστω και λάθος νότα από το μπάσο του Demaio εξαϋλώνουν 20 Prequelle στην καθισιά τους.
Κορυφή
Απάντηση
1 δημοσίευση • Σελίδα 1 από 1