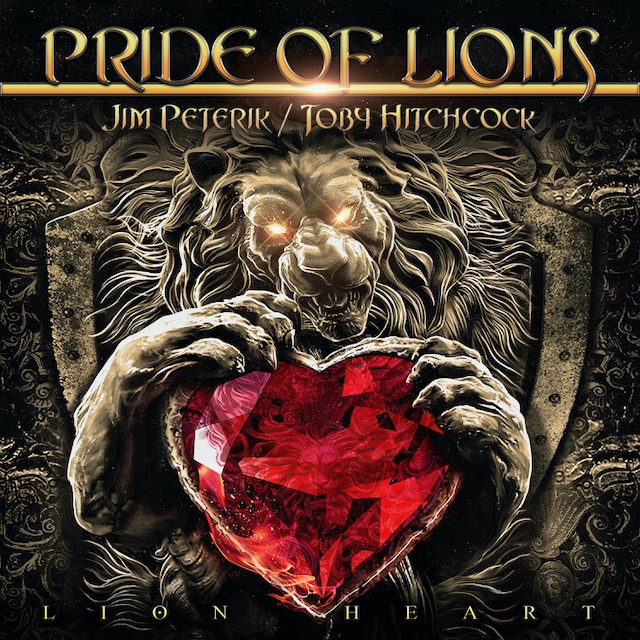 Pride Of Lions, the revered melodic rock band featuring the legendary "Eye Of The Tiger" songwriter and The Ides Of March member Jim Peterik, together with powerhouse vocalist Toby Hitchcock, are back with their sixth studio album, Lion Heart, on October 9 via Frontiers Music Srl. Today, the band has released the video for their first single, "Carry Me Back", which can be found below. Pre-order/save Lion Heart here.

Jim Peterik has never lost his verve for melodic rock, a style of music he inarguably helped forge. Pride Of Lions showcases everything that you should love about the genre: powerful vocals, thanks to Toby Hitchcock, and unforgettable melodies. And the new songs and performances truly show what a “lion heart" Peterik still is. The opening cut, the title track, blazes from the speakers gaining steam with every chorus. Future classics like “Carry Me Back” with a truly unforgettable hook, to the mesmerizing magic of “Unfinished Heart”, and the majesty of an epic song like “Rock And Roll Boomtown” illustrate why this record has everything to please all the melodic rock fans out there.

Powerhouse American vocalist Toby Hitchcock came to the attention of melodic rock fans on the now legendary debut album from Pride Of Lions. Often compared to Bobby Kimball (Toto), Jimi Jamison (Survivor), and Lou Gramm (Foreigner), Hitchcock’s voice has the depth, feeling and extension of each of them, while still keeping his own trademark. His brilliant voice makes him an absolute star in the current melodic rock scene.

Since the start of Pride Of Lions, Jim Peterik wanted to take listeners back to the glory of his best, most successful songs. His name is rightfully in the pantheon of great songwriters in melodic rock due to his love for melody and driving rock. His phenomenal rise to the top was borne on the back of amazing songs he co-wrote like “Eye Of The Tiger” from the film Rocky III , “The Search Is Over”, “High On You”, and “I Can’t Hold Back”. Further hits from films followed like “Burning Heart” from Rocky IV and Jim co-wrote the theme song of the seminal animation classic Heavy Metal with Sammy Hagar. A long lasting and fruitful relationship started in 1980 between Jim and the southern-rock group .38 Special, where he co-wrote their platinum hits “Hold On Loosely”, “Caught Up In You”, “Wild-Eyed Southern Boys”, “Fantasy Girl”, and “Rockin’ Into The Night”. Their collaboration continues to this day. Jim has also written with the beloved Lynyrd Skynyrd.