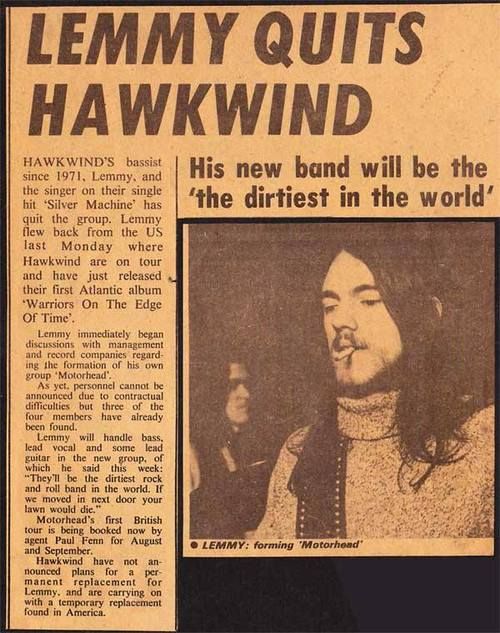 Lemmy:
"They'll be the dirtiest Rock and Roll band in the world.
If we moved in next door, your lawn would die..."

Lemmy does not lie though. Το πε, και το εκανε.

Bomber - 1979
"I don't do regrets. Regrets are pointless. It's too late for regrets. You've already done it, haven't you?"

Iron First - 1982
"Communism and Nazism are religions as well, make no mistake about it."

Another Perfect Day - 1983
"People lose their lives in the drug wars and you don't have to prove it to yourself because others have proved it for you."

Orgasmatron - 1986
"I have done interviews in the past, and they cut everything out except for the outrageous line, and then they take it out of context."

Rock 'n' Roll - 1987
"Reading's the only thing that allows you to use your imagination."

March ör Die - 1992
"The only interesting thing about religion is how many people it's slaughtered."

Sacrifice - 1995
"A good friend is someone who'd hide you if you were on the run for murder. How many of them do you know?"

Overnight Sensation - 1996
"My entire social life is spent in bars, so I don't see giving up drinking as a viable option."

Snake Bite Love - 1998
"The only time I've seen any rebellion was in the fifties, sixties and early seventies. The rest of it you can keep."

Inferno - 2004
"I’ve always liked America because it’s...eager. The British get on my tits all the time."

Motörizer - 2008
"Being fired from Hawkwind for drugs is a bit like being pushed off the Empire State Building for liking heights, you know?"

The Wörld Is Yours - 2010
"It’s all random, everything is random. We like to put our patterns on things, but nature never wrote a straight line." 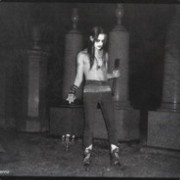 
*** Μόνο ο Lemmy πίνει στο interview
"I looked in their evil eyes and they crouched like cravens,
I showed them my sword, and they trembled and louted low.
I gave their bones for food to the rats and ravens,
And I pray the gods for another and fiercer foe."
Κορυφή