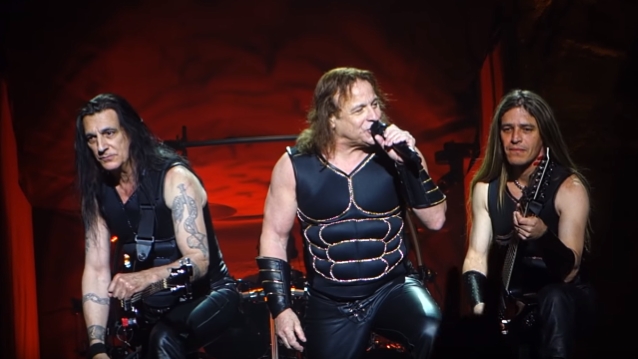 
"When people talk about MANOWAR leaving a concert and not playing for some stupid reason, they have their head up their ass.

"MANOWAR played out first show for seven people — seven! Okay? One of them was our manager; the other was a bartender. So if somebody says, 'MANOWAR, they have to have a big stage; they have to…' No. We have to have our people treated like they deserve. And we have to have a promoter that honors their agreements and their contracts and doesn't just pick and choose what they're going to do and what they wanna do. That's the fucking reality.

"We signed a contract in blood in 1983, and the reason I signed that contract is I wanted the world to know MANOWAR was the one band that will never fuck our fans and never play shit music or make the fans eat shit with bad sound, bad lights and without our equipment," he said. "That's the fucking reality.

"I didn't see any of these fucking promoters sign a contract in blood, but they're happy to talk shit about people.

'I wasn't invited to the Hellfest press conference — just so you know — but they will be invited to mine, because I want the world to know the fucking truth, exactly what happened over there. It was the promoters that caused every fucking problem — not MANOWAR."

DeMaio continued: "Now, I want you to think about something. We have played, just this tour, 30 different shows — 30. In 13 countries. We played a show in Israel; didn't have any problem. We played nine shows in Russia — no problem. One show in the Ukraine — no trouble. One show in Belarus, two in the Czech Republic, five in Germany, Denmark, four in Norway. We played to 650 people at the fucking North Pole in a city that has two thousand people and four thousand polar bears, okay? So don't tell me MANOWAR are fucking divas. We went there because we wanted to play for the people that lived there, 'cause they never had a heavy metal concert. We played four shows in Norway, two in England, one in Switzerland, one in Greece, one in Bulgaria, and we're here on stage tonight in Turkey. So you tell me who's wrong. You think it's MANOWAR that's wrong? One country, one fucking show out of all of these, and there's a problem. You tell me who fucked up.

"The truth of the matter is we have filed a lawsuit against Hellfest organizers," Joey added. "We don't fuck around. People try to fuck with our fans… Nobody's gonna push MANOWAR around. We're not gonna give our fans less than a hundred percent. We don't take shit from anybody. And yes, we would rather give a hundred percent or nothing. And I'm sorry that people traveled from all over the world. You have no idea how sorry I am, how sorry Eric [Adams, vocals] is, how sorry Anders [Johansson, drums] is, E.V. [Martel, guitar], our fucking loyal crew. We feel terrible. People flew from all over the fucking world to that place, and MANOWAR didn't play. But you know what? We're suffering for it, and the true fans will suffer along with us.

"I believe we will win this lawsuit, and when we do, we're gonna take some money and we're gonna find a country and we're gonna find a city in that country that will have us, and we're gonna play a free concert, and the whole fucking world is invited," DeMaio said. "You have my fucking word that that will happen. You can believe on behalf of myself, Eric, E.V. and Anders, and the MANOWAR crew — the loyal crew that we've had for 30 years — we will do what we say. And don't listen to these fucking ass-kissing motherfuckers on the Internet talk shit about MANOWAR and their rumors. None of those fucking assholes were even there. Do they have a copy of our contract? Were they backstage? Did they see what happened? No. They've got nothing better to do than play with their fucking little dicks and type on the fucking Internet and talk shit about people. But we're the band that showed up there with eight fucking trucks, or however many we had, ready to play. And guess what? We never canceled. Yeah, that's right. The announcement came from them, on their site. But it was nice for people to say we canceled so they wouldn't have to listen to the fans bitch. So maybe those people should ask these fuckers some questions about what really happened.

"I'm sorry to take your time with this, but the fucking truth must be told," Joey concluded. "And very soon this lawsuit will be made public. You can all go on the Internet and you can read it there yourselves. And everybody that pissed on us and pissed on you is gonan fucking eat shit when they see what the fuck really happened."

1 Stormbringer7
They shall grow not old, as we that are left grow old: Age shall not weary them, nor the years condemn. At the going down of the sun and in the morning, We will remember them.
Κορυφή 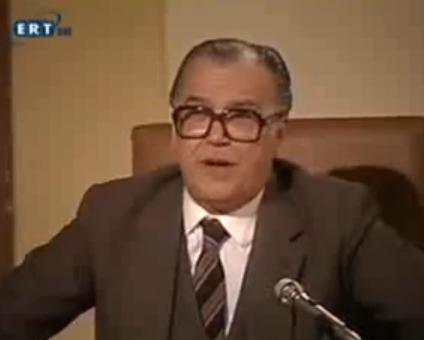