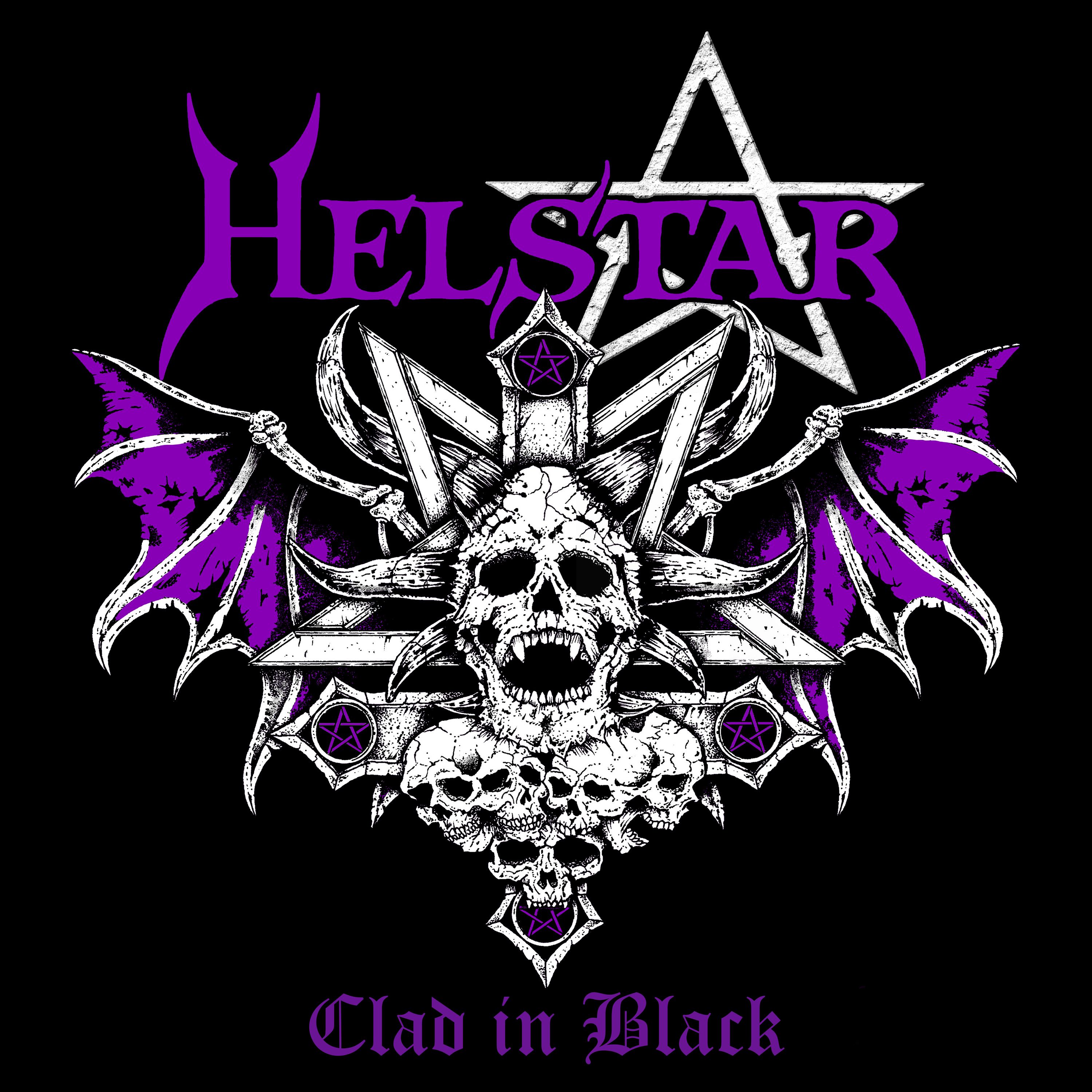 US metal outfit HELSTAR has issued first details about their upcoming release "Clad in Black", which will be released on February 26, 2021 via Massacre Records!

HELSTAR already gave you a first glimpse at this new release with the "Black Wings Of Solitude" 7" which is available since October 2020 - but now it's time for HELSTAR to go for your throats!

The digipak version of "Clad In Black" includes 2 CDs: The first CD includes both songs from the already released 7" as well as two more new songs and additional killer cover versions to sink your teeth into. All songs on the first CD were mixed by Martin "Mattes" Pfeiffer at Redhead Studios, and mastered by Stefan Kaufmann at ROXX Studio.

The second CD includes the band's previous studio album "Vampiro" in its entirety, which was mixed and mastered by Bill Metoyer at Skull Seven Studios.

All songs from the first CD will also be available on vinyl in different colors.

You can already pre-order and pre-save "Clad in Black" here » https://lnk.to/cladinblack

1. Awaken Unto Darkness
2. Blood Lust
3. To Dust You Will Become
4. Off With His Head
5. From The Pulpit To The Pit
6. To Their Death Beds They Fell
7. Malediction
8. Repent In Fire
9. Abolish The Sun
10. Black Cathedral
11. Dreamless Sleep

επικό σκηνικό όταν του έφυγε η μασέλα στο τελευταίο λάηβ στην Αθήνα
κατά τα άλλα, εντελώς ακατανόητη κυκλοφορία
We scribe in the dark of the night our Black Steele
The evil rite of the black and the light We now reveal to you
Κορυφή

τι έγινε τελικά η εταιρία του Elefson? Υπάρχει?
We scribe in the dark of the night our Black Steele
The evil rite of the black and the light We now reveal to you
Κορυφή