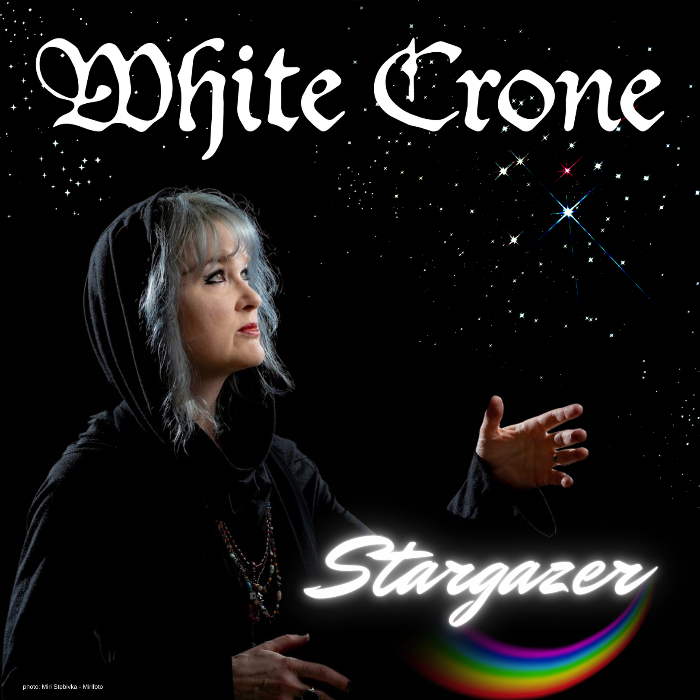 Based out of Portland, Oregon, White Crone is the metal brainchild of award winning blues artist and bassist / vocalist Lisa Mann. Growing up in the mosh pits of the 80s, she was inspired by bands such as Iron Maiden, Mercyful Fate, Black Sabbath, Manowar, Dio and more. A mostly one-woman project, White Crone is a love letter to this grand era of metal, and a lyrical homage to mystical storytelling traditions of yore.

Never losing the blues swagger, White Crone delivers traditional heavy Metal, with traces of prog, proto & black - rounded out with classic Dickinsonian female vocals.All of this culminated in the debut album “The Poisoner”. “The Poisoner”will take you “back to the day.”

Lisa Mann comments: “I was inspired to write metal songs a few years ago, after hearing the band Ghost during the Grammy voting process. I taught myself to play guitar and drums in order to record at home. After I had tracked several songs in my spare time, it occured to me that other people might want to hear this music as well. So I hired a professional drummer (Larry London) to record in a real studio (Opal Studio, Portland OR), added Mehdi Farjami and Vinny Appice to some tracks, painstakingly tracked my own guitar parts, and voila, White Crone was born. As a well known Contemporary Blues artist, I knew it was risky to dive into the field of metal, but I felt the need to pursue this dream. I really just wanted to make an album that I would have listened to when I was 16!”

This heartfelt cover of the classic Rainbow track was mixed and mastered at Opal Studio by Kevin Hahn. Lisa Mann performs on vocals and bass guitar. The bass and keyboard tracks were recorded at home by Lisa and her husband Allen (Bass Salad Studio). Blues Rock artist Alastair Greene (Santa Barbara, CA) plays guitar on the track. On keyboards is Eric Lawrence. The legendary Vinny Appice fills out the Stargazer lineup on drums.

The song is even longer and more self-indulgent than the original, clocking in at almost 9 minutes. It will be released in digital format only on the day before Ronnie James Dio's birthday, in his honor. It will be available for streaming on select platforms as well as available for download at the White Crone website.

Πόσο θα φόφαγα να έκανε (και) το "Portrait" από RAINBOW...
They shall grow not old, as we that are left grow old: Age shall not weary them, nor the years condemn. At the going down of the sun and in the morning, We will remember them.
Κορυφή
Απάντηση
5 δημοσιεύσεις • Σελίδα 1 από 1