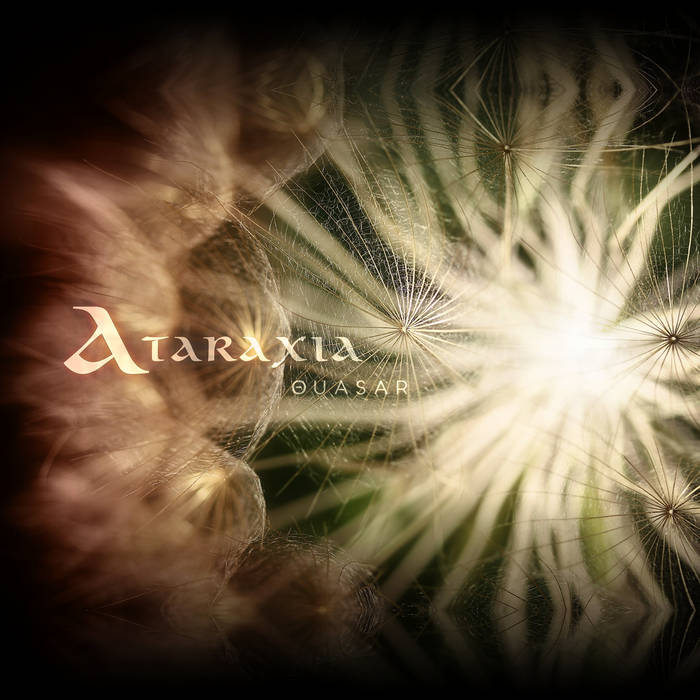 Feverishly active since 1990, ATARAXIA is an ensemble born in Modena that skillfully works the balance between avant-garde and tradition, creating sound settings and performing concerts combined with other forms of expression such as scenic representation in palaces, castles, squares, parks, clubs, concert halls, and theaters in their native Italy as well as Europe, Latin America, and the East. Musically, they define themselves as artisans of sound because they create unusual combinations between the sacred and the profane, the ancient and the contemporary.

Now, aligned with longtime fans ANNAPURNA, ATARAXIA celebrate 30 years of activity with the publication of the new album Quasar.

Two years after the previous studio work Sincronicity Embraced, Quasar includes seven tracks across 55 minutes of music. "We worked on seven archetypes," the group says. "The number of grace and realization - seven, the colors of the rainbow - one for each song, and these informed energies have archangelic names. Powerful information flows that balance the four elements of fire, water, air, and earth inside and outside of us, with the fifth etheric element above the crown."

In astronomy, quasars are very distant objects that have to emit energy equivalent to hundreds of normal galaxies. Thus, the namesake Quasar is more than suiting here, for ATARAXIA take you on a wondrous journey into the event horizon, the beating heart of every galaxy.