Very good Greek hard rock/heavy metal! Once a Hyper rare album, copies surfaced some years ago so it became affordable but it has start to become difficult to get, so be quick!

Here is one of the best and most obscure Greek metal LPs of the 80s and can be described as a blend of early Europe and Malmsteen (the record is full of killer guitars and atmospheric parts). It was released on a private label and only a handful of copies are known in Greece- it is rumoured that nearly 300 copies were made and no copies were exported outside. Mental Powers was an one's man band (Ramos Alexiou) who did all instruments (guitars, bass, drums, piano, synths, sound effects) except for vocals (not sure about this though). No one seems to know whether band did any live performances and no magazine has ever written a review about this album. If you want to listen ultimate metal anthems like "Throw the dice", "Fantasy" or "Dream on" you have to try very hard for a copy of this mega obscurity that is very unknown even in Greece and believe me it worths the effort.
Tracks:
1. Throw The Dice
2. Fantasy
3. Thoughts
4. Dream On
5. It's Only You
6. I
7. Something Goes On
8. No One Wants 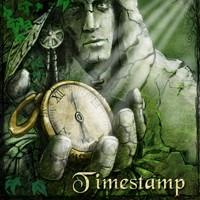